Asia will wield more global power than the US and Europe combined by 2030, a forecast from the US intelligence community has found. 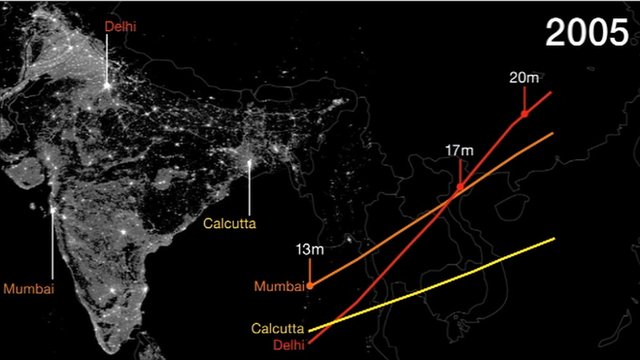 How have so many of the world's cities grown so large in recent years?


Within two decades China will overtake the US as the world's largest economy, the report adds.
It also warns of slower growth and falling living standards in advanced nations with ageing populations.
Global Trends 2030, issued to coincide with Mr Obama's second term, says it aims to promote strategic thinking.
Published every four years, the report from the National Intelligence Council (NIC) aims to draw together a wide sweep of "megatrends" driving transformation in the world. 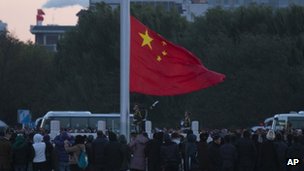 The National Intelligence Council says it does not believe China will become a superpower like the US
'Slow relative decline'
The NIC suggests that by 2030, Asia will have more "overall power" than the US and Europe combined - taking into account population size, gross domestic product (GDP), military spending and investment in technology.
"China alone will probably have the largest economy, surpassing that of the United States a few years before 2030," the report says.
"Meanwhile, the economies of Europe, Japan, and Russia are likely to continue their slow relative declines."
But the report says it does not anticipate that China will emerge as a superpower in the mould of the US, forging coalitions to take on international issues.
Speaking at a news briefing, Mathew Burrows, counsellor to the National Intelligence Council said: "Being the largest economic power is important... [but] it isn't necessarily the largest economic power that always is going to be the superpower."
The "megatrends" identified by the report include individual empowerment and transfer of power from the West to the global East and South.
It highlights ageing societies and a growing middle class, as well as diminishing natural resources, as key global themes.
Within the next two decades the US will achieve energy independence, and the size of urban populations around the world will rise sharply, the report says.
But, the report adds, questions about the global economy, governance, evolving methods of conflict, regional spillover, new technologies and the future role of the US could dramatically impact the global picture over the next 20 years.
The study is the fifth in a series. The last edition was published in 2008.

Posted by Premier Gold Group at 1:36 AM